About Leon M A Edwards 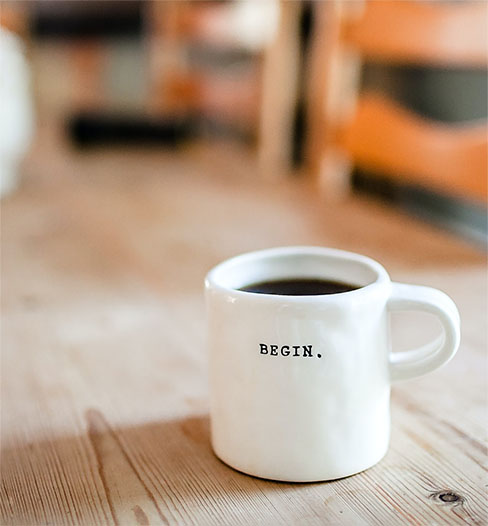 My name is Leon Edwards and my background is accountancy specialising in tax as well as preparing accounts. I have been an accountant since 1999 when I finished a BA (Hons) Accountancy degree and now deal with small businesses. I became an author when I turned forty years of age and looked back at what I have always wanted to achieve.

Weirdly enough, becoming an author was not high on my agenda. I actually had dreams of becoming an actor when I was five. This carried on till I reached fifteen and thought I was kidding myself.
I mulled over getting into acting again when I turned thirty and looked into it. But knocked it on the head again.

I then turned forty and looked into it and this time went on a taster course. After a few weeks of deliberating, I decided not to go ahead. I thought about the long unsociable hours and missing my newly wife. Throughout my childhood from 8 years of age to now, I developed lots of story ideas in my head and already created a beginning, middle and end. I imagined becoming a writer for the silver screen and making my own movie with my stories already established. So after turning forty and coming to the realisation of not acting, I had a light bulb moment. Why don’t I put my story ideas to paper and pen; in my case an old laptop that I use for work.

I had to mull over which story to write first and the one that will get me buzzing while writing the story. I did not want to be one of those people who say ‘I am going to do a bungee jump’, ‘travel the world’ and never do it. End up in my sixties in the pub and telling people I could have been an author but I couldn’t find the time.

So my first story that I had mulling in my mind for about three or four years was a female spy character. I based the character on James Bond of course but stripped out the wooden features. Don’t get me wrong, I love all the James Bond films but I wanted the emotions to come out. So when the latest actor Daniel Craig came on the scene and showed those emotions, I felt ‘about time’.
I also wanted the character to be vulnerable and not strong and indestructible. I wanted the villain to be a psychopath rather than just a bad guy wanting to kill everything insight.

My inspirations for the last two books and indeed all six, comes from watching loads of movies. I am a movie buff. My favourite of all time are the ‘Star Wars’ sagas. I have no idea why. I am not like a trekkie fan that goes to conventions dress as their favourite character. I would say it was the technology of its time.

So going back to the last two books, ‘To The Stars’ is inspired by the film that starred Dakota Fanning called ‘Now Would Be Good.’ I have no idea if it was based on a novel or a screen writer. I went with my now wife to see it and we cried together when getting back to the car. We were surprised how much it touched us. So I would say that film inspired me to write ‘To The Stars’ telling the story from a character who is ordinary. You would not pick her out from the crowd.

The second most recent book is ‘Ponta Delgada A Good Place To Die’. My inspiration of the location is from an Alfred Hitchcock Film called ‘To Catch A Thief’ and the mission impossible films. I wanted to have a mission impossible theme that deals with a snippet of how ruthless drug cartels are. Then having the main plot to try to stop a poisonous drug from entering the drug trade that can potentially kill millions because of its mass production factory.
My unusual writing habit is now writing two books together, back to back. I like to make sure they are completely different genres so not to get bogged down with the same theme.

I have to make sure a chapter is finished before I stop writing for the day. I have a bug bear of a half finished chapter. My chapters have to be within a number of words to feel satisfied that I have written a good piece of work. Sometimes I have written enough content but falls below my word limit. I just live with it so long as I am happy with the content. My annoying writing habit is changing the plot slightly, half way through, and having no idea which chapters are affected. Also I get the continuity issue that my proof reader and editor reminds me each time. But it is a safety net like how I prepare my accountancy work.

I do not have a book that influences me as I love films and it is that, that influences my plots. However I do have a favourite author who’s name I can never remember. His name is Harlan Coben. I have only read about four of his books. His writing reminds me of movies and so that is why I like his work. It is interesting as some of his style of writing I do not like but overall I like his plots and how the stories unfold. My older sister got me into his books as we have similar likes. I had not heard of Harlan Coben at all before that. The book that stands out is ‘Tell No One’ and ‘Just One Look’.
When I am retired from accountancy, I will read all his books.

I am currently working on two more books. A crime thriller based on an unsolved disappearance. The second book is about a young woman in her twenties who accidentally falls into a boxing career without actually knowing. The best advice I can say for new authors is write from your heart. Not your head. If you write from your head, you will lose the emotions of what the character is going through. Anyone can write a great story if it comes from the heart and wanting to bear your sole on paper, for everyone to see. I have never had good advice from anyone. I never did when getting into accountancy. But one advice I would say is be yourself and try not to be someone you are not. People will see through that.

Show your personality and people will love how you write and understand your novels. I am currently not reading as I am scared that I will read a really good story plot and accidentally copy it for myself. Then get sued. I find that if I read a good book, it will effect my story telling and fall in the trap of copying some else’s style and lose my own. Films never seem to effect my writing as they are not inside a book. When I read a book, they are then the books I want to write. However, I will be contradicting when I say I am looking into audio books. Have bought a Kindle and so want to listen to books in the background. Music is getting boring now and I like man made background noise. I am still nowhere near to giving up accountancy and so continuing with my future novels until the right time comes along. I can visualise myself driving to random locations to write for the day when I am fulltime author. Travel the seaside or a scenic view. Then make sure I am home in time to make dinner.